MINISTRY IS LIKE SPORTS. It is subject to the pointless competition of the steeplechase, the serious injuries of boxing (with shadows), and the deadly leisure of line drives aimed straight at the preacher—absent the benefit of recreational drugs (religion alone is dangerous enough as opiate). It is like golf minus the combat compensation of seaside, sand dune, and sunshine for golfers in pastel pants and Polo shirts devoting entire careers to sinking itsy bitsy balls into trophy-size cups half the size of the human brain. I’ve never seen the average poor preacher, without brain, suddenly get converted to being a rich athlete with brain, and I’ve never seen the average rich athlete, with brain, suddenly get converted to being a poor preacher without brain until after making the first million on the sports field.

So, what does this say about candidates for ordination in the fields of ministry who take the vows of Poverty, Chastity, and Obedience, whether they frame it so or not? From the start it’s almost guaranteed that at least one of these three hallowed promises-to-do-good will not make it to the finish line. For in the end zone we meet not only the unfulfilled and once immortal dreams of undaunted youth but side-by-side with them the old-beyond-their-years handicaps of washed up wealthy athletes, and yes, poor preachers among other creatures with arthritic backs and bunions on their feet. At the close of day, Grace knows not the difference between a poor preacher and a rich athlete, or, for that matter, between rich and poor anything. For, as Jesus said, God “makes his sun rise on the evil and on the good, and sends rain on the just and on the unjust” (Matt. 5:45).

As a pastor and therapist I have seen rich and poor in roughly equal numbers, though they seldom view themselves as equal. Illusions aside, rich and poor are ultimately cursed with the same blessings of Poverty, Chastity, and Obedience that eventually befall all. Yet it’s especially the poor preacher who is supposed to know that these three earthly things are what you will “take with you” when your turn comes to “shuffle off this mortal coil.” So, why put off until tomorrow what you can enjoy today?

Take your end-of-life vows now with the best of intentions and good will. Become ordained to subsidiary things like Sunday sermons and bedside prayers since those who habitually chase footballs, baseballs, golf balls, and race cars, are more than glad to leave the incidental stuff to poor preachers while they, the super heroes, attend to the World Series and the Super Bowl. Keep the faith that routine sermons and sequestered prayers, while promised no earthly reward for attempting to lure sports celebrities and big league players away from life’s feigned center of worship, the winner’s circle, will eventually hit home like Babe Ruth swinging all out for the bleachers. 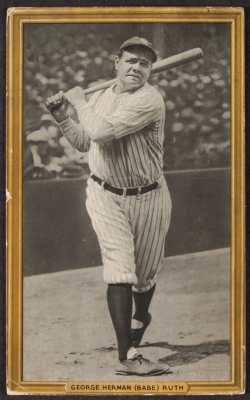 We are to remember but one thing as we take our solemn oaths. When the “last words” are spoken it’s the poor preacher, not the overpaid athlete, who gets to say those final words over the grave where Poverty, Chastity, and Obedience (unto death) are the superstars.

So indeed why put off until tomorrow what you can enjoy today? Take your heavenly vows knowing that today’s pastel pants and Polo shirts are about as flattering to a corpse in a casket as steroids are to the athlete who breaks all sports records in order to land himself in jail. 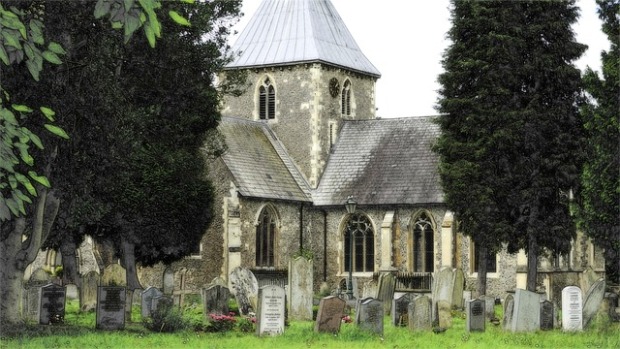 When all is said and done, poor preachers ask themselves just who, including the preacher, knows or even cares what the score was on the tenth and eleventh holes of Sand Castle Links. For when you’re standing up or kneeling down, doing a poor preacher’s job of either preaching or praying, with one eye on the text and the other peering out the window, not at the high steeple but at the low cemetery, you’re suddenly aware of the sacred claim of your calling.

Preacher, go preach, if you believe in such a thing as Grace. Hers is the gentle wind blowing across the faces of small people jockeying big horses for bigger purses, heavyweights trading anything but lightweight punches for golden glove awards, hard hitting swingers amassing the motions of muscular bodies and atrophied souls aimed at fast balls attached to multi-million dollar contracts, and the least likely pro hookers and slicers in the world driving down the fairway of life to become nothing less than number one on the grand tour.

It’s not unlike busted Barry Bonds staring down at his cracked baseball bat, realizing that his last pitch has already been hit hard with steroids, and the grand tally of the all-time highest number of balls slammed over the fence is destined now for the baseball Hall of Shame. There is left only the one inescapable and final “home run” that neither a bat-out-of-hell nor a bawl-out-from-heaven will snatch from the jaws of Poverty, Chastity, and Obedience. So where’s the wisdom in this?

At the end of the fiscal year, see that there is slightly more cash remaining in the cemetery fund than in the church’s general coffers. Momento mori – remember you will die. It is worth keeping that forward memory alive by perpetually preventing the grass and weeds from overtaking the tombstones lest they become invisible to human eyes.

Only the humble and the humbled have the last word, the very last being God’s, which is a reversal of the usual order of things and in line with what Jesus said about the first becoming last and the last first, for those who care a hoot about what Jesus said. And that is why poor preachers and ex-bona fide sports champions do well to take long walks in cemeteries in contrast to too many dry martinis consumed at the country club.

There in the cemetery everybody who’s ever done anything, or nothing at all, eventually finds out what it means to be poor, chaste, and obedient. At the least, poor in spirit, chaste of heart, and obedient unto something other than chasing steeples, boxing shadows, hacking rawhide over the deck and out of the park by less than pure prowess, and clubbing for huge corporate hand-outs in exchange for having peddled the least number of strokes aimed at hooking and slicing the biggest profits for the benefit of none other than those who need them the least, and “all these things” through the most ephemeral of media—thin air. So where’s the wisdom in this?

When you preach, aim low. When you pray, remain at a whisper. Keep one eye on the cemetery, the other on the widow with the widow’s mite in hand. Her name is Grace. Her face is the visage of the back row mourner standing next to the stone slab etched with a simple cross and first, middle, and last name, date of birth and date of death. Hidden from vanity, veiled in modesty, she is weeping with the gentle wind of Spirit at her back. Her Poverty of body is her Chastity of soul, and her Chastity of soul is her Obedience unto death. She has met and become acquainted with all three persons of the trinity of goodness standing guard against the ranting and raving legions of “dyed” in the wool sports fans filling the pavilions of self-indulgence. And yet it has never so much as crossed her mind, and never shall, that she, Grace, is filthy poor in anything while all the rest are smutty rich in everything. With head bowed and eyes pressed shut she knows what’s coming. In her frail and feeble hand she holds the key to what’s as true for her as for anyone and everyone.

Death spares not the fact that the tiniest mite suffers the same fate as the tallest miter—to be taken away or given away.

This is the point in time where stewards of ministry, true to their vows, part company with the icons of mass entertainment and all other “sporting” events of war and greed played for higher and higher stakes, as though all manner of pleasurable mammon were simply waiting to be acquired for fame and fortune and nothing ever lost.

Jesus said, Seek ye first the Kingdom of God, and his righteousness; and all these things shall be added unto you (Matt. 6:33).

Was Jesus not pressing his point? All these things shall be added? At the end of the day, when all is said and done, what else is there to be added if, like Grace, you’ve already found the Kingdom?

© COPYRIGHT, Charles Davidson — All Rights Reserved — AN EARLIER VERSION WAS Published in The Presbyterian Outlook, Feb. 11, 2008

Charles Davidson, writer and editor, is a retired Presbyterian minister, psychotherapist, and professor of pastoral theology, care, and counseling. He is the author of Bone Dead, and Rising: Vincent van Gogh and the Self Before God (Cascade Books, Wipf and Stock Publishers).

LIFE’S MOST SIGNIFICANT TURNINGS arise not so much from conscious awareness of obvious destinies as from unconscious streams of necessity to which we are irrepressibly drawn. Painting, like poetry, song, or dance, is vocation — a “calling forth,” a “summoning” — and in that sense a “birthing” of something deep from within, tied to a transcending future with primal roots in a grounding past. (Bone Dead, and Rising, 69)